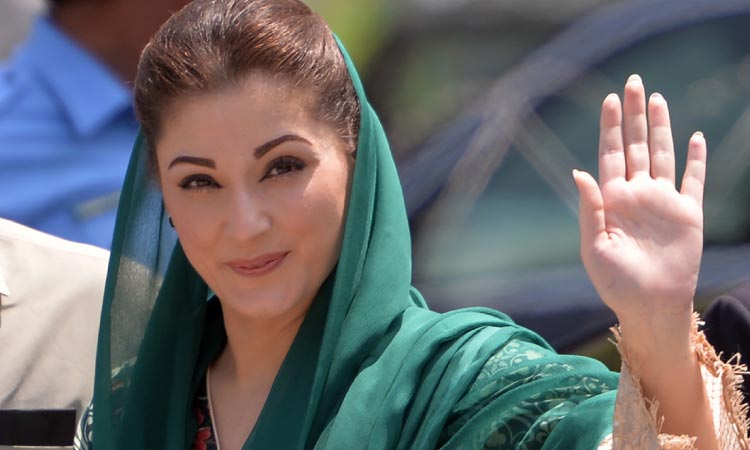 A defeat is should be accepted with a heart full of gratitude: Maryam Nawaz

In the wake of PTI's victory in the by-elections on 20 constituencies in Punjab, The PML-N was defeated on Sunday.

PML-N Vice-President Maryam Nawaz took to her Twitter page to announce that the loss must be accepted with an open mind after the unverified results began to come in, putting the PTI ahead.

"Winning and losing is part of politics, therefore, the party should now focus on its weaknesses," Maryam tweets.

In the wake of PTI's victory in the by-elections on 20 constituencies in Punjab, The PML-N conceded defeat on Sunday.

PML-N Vice-President Maryam Nawaz took to her Twitter account to say that the loss should be accepted with an open heart following the release of the unofficial results began pouring in, revealing the PTI ahead.

"The PML-N should accept the results of the by-polls with an open heart and concede to the decision of the masses," Maryam wrote.

She said that losing and winning was an aspect of the political process, so the party must be focused on its weak points, pinpoint them, and then address them.

"God willing, everything will be fine," she declared.

In the meantime, in an interview with Geo News, PML-N's top head Malik Mohammad Ahmed Khan also admitted the fact that PTI was awarded the "landslide victory" in the controversial Punjab by-polls.

"I accept that PTI has won and the party wholeheartedly accepts the opinion of the public," he added.

The minister further stated that anyone could be a part of the debate of what took place and why however "apparently the situation right now shows that PTI has won the elections; therefore, we congratulate them and accept our defeat."

In response to a question about PML-N's strategy to win the election for the post of Chief Minister Punjab which is scheduled for July 22nd, Khan said: "I spoke to Hamza Shahbaz and he was of the view that people have expressed their choice, so we need to acknowledge it."

"Last time the situation was different as there were divisions among the party but this time, it is all about the public and now we will assess where we went wrong," the politician added, noting that he viewed these by-polls to be snap-elections.

In a saddened state that the party was unable to win three of the major seats in Lahore, He said that it was not a reason to continue their election campaign.

"This is a tough situation'

"This is a difficult situation for us [PML-N] as we have lost elections in Punjab, where we've always had a stronghold, and our government in federal is a coalition setup with thin numbers," he said.

Khan also stated that when parties are able to consider the public's opinion, power is no longer a factor and their choice is the main goal.

In response to a question about the likelihood of early elections, He acknowledged that the PML-N is no longer in control of Punjab and, in the case of the federal government He stayed away from commenting, as the decision-making process is based on consultations with all coalition parties.

"The government of Punjab will now inevitably be formed by the PTI," said the PTI leader. stated and added to all the parties must take steps to improve their positions.

The MP said that the party's plans will for the next election in a concerted manner, noting the addition of PTI dissidents among the primary causes of our defeat.