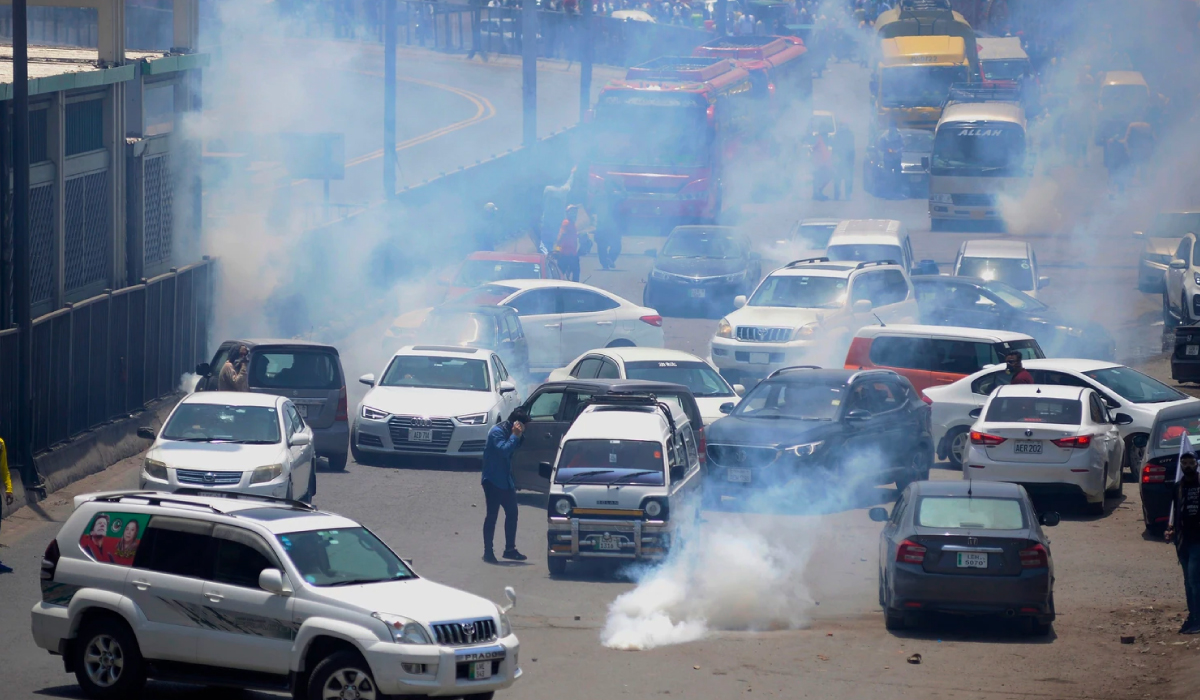 After all that mess of politics and severe dramatic situation all across Pakistan. The former prime minister of Pakistan, Imran Khan has decided to postpone the protest ‘Azadi March’. He has given a six days ultimatum to the PML-N and announced an election to resolve all the matter.

The Chairman of Tehreek-e-Insaaf(PTI) has announced that he is again going to start the protest and invited people to the Srinagar highway on the 25th of May at 3 pm. A large number of people have already joined him in his recent protest that is known as the ‘Azadi March’.

Why Azadi March is postponed?

Before announcing any new date for March, Imran Khan has declared his purpose for March, and what are his demands he needs to be fulfilled for the nation? Firstly he wants a fair election and incases if the nation wants to bring back that current government again in power he would accept that decision. Also, no country will be allowed to impose their decisions on us. He further declared that he will continue that long march until his demands are fulfilled.

The decision of Pakistan’s government

Pakistan’s government has tried all ways to stop the long march and wants peace in the country. The government prohibited the nation to enter Pakistan capital Islamabad. Besides that government, and police officers have arrested many leaders of PTI that were going to join his long march. The government has also declared that a fair election will be held just like it was held in 2017 and no overseas Pakistanis will be allowed in to participate in the election. As there will be no E-election and traditional election campaign will be held. But no time is specified when the election will be held.

Police authorities have played a great role in controlling the situation according to the orders of the government. Many senior police officers have visited the red zone places where security was necessary. Strategies were applied to protect the sensitive points of the city. Red Zone has already been centralized with barbed wires and other security measures.

On the other side Prime Minister Shehbaz Sharif after going through the whole situation alleged that Imran Khan wants to destroy the peace. PM warned Imran Khan that the nation will not leave him if anything wrong happens.

The current situation of the country has affected many people especially when roads were blocked and the motorway was closed by the government. Although participants of the long march were affected besides that many local travelers who weren’t even part of this long march were also disturbed. Some people have shown aggression in this situation while the supporters of PTI have tried to fight against that situation. We hope that this issue resolves between PML-N and PPTI and there will be a better version of our country. We are looking for a better situation. People are also tired of this situation, may there be a better solution as early as possible.