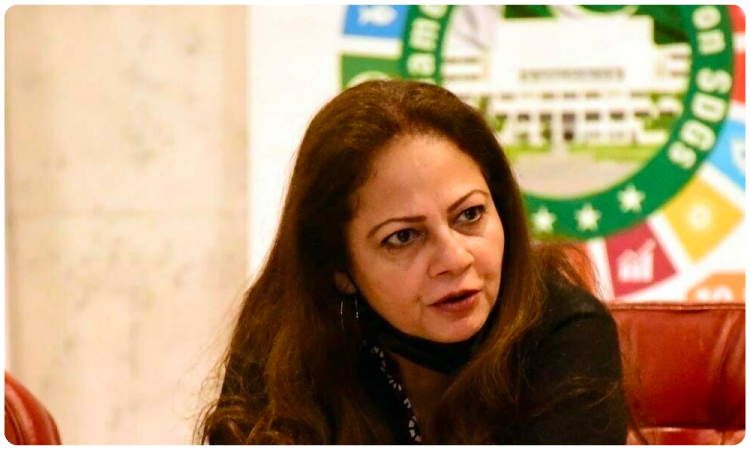 Dr. Aisha Pasha to visit the US next week and may meet IMF

Dr. Aisha Ghaus Pasha, Minister of State for Finance and Revenue will be visiting the United States next week and may meet with IMF. This is just after the settling of the economic and budgetary affairs.

According to Uncle Fixer Sources

Dr. Aisha played a key role in the tabulation of the federal budget in the fiscal year 2022-23. She also helped pass it.

Dr. Aisha will visit the US during the IMF board meeting. In which they would discuss the approval of the package for Pakistan. Sources said that it is possible for the IMF to release the money promised for Pakistan right away after the board meeting.

Dr. Aisha's children are currently studying medicine in Chicago. Her spouse, Dr. Hafeez Pasha is already in America, where he served as an advisor to the federal government regarding finance and then for the United Nations. It is possible that Dr. Hafeez Pasha will also accompany her to Nawaz Sharif in London.