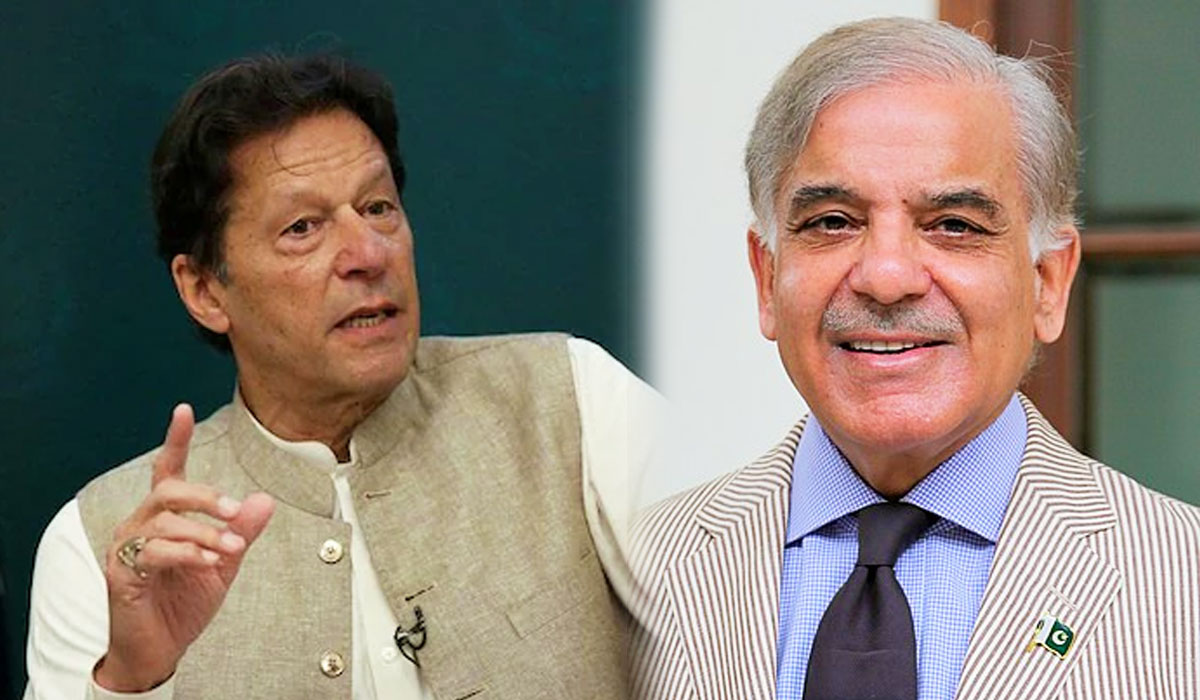 PM Shahbaz Sharif launched a number of projects, including a billion-rupee development scheme for the Hazara region. Prime Minister Shahbaz Sharif reacted angrily to the leaked audio tape of a conversation allegedly between real estate tycoon Malik Riaz and PPP Co-chairman Asif Ali Zardari on Sunday, claiming that the audio exposed Imran Khan's lies, claiming that he sought an NRO [secret deal] to save himself and his government

Shahbaz took to Twitter to say that Khan's hypocrisy and double standards were exposed by the audiotape that surfaced recently.

In response to the matter of the US diplomatic cable, Prime Minister Narendra Modi said Imran Khan made up a false story about a foreign conspiracy after all of his efforts failed. All of his doings are exposed and of no use. Separately, in a speech to a crowd in Mansehra on Sunday, Prime Minister Shahbaz Sharif unveiled a number of projects for the Hazara region, including a medical college, a separate power supply firm, and development plans costing a billion rupees. He referred to himself as a "servant of Pakistan" and former Prime Minister Imran Khan as a "miscreant" who "conducted a protracted march on Islamabad after ruining the economy." He stated that the people of Pakistan should now decide who was the builder and who was the saboteur of Pakistan.

The Prime Minister has urged Khyber-Pakhtunkhwa Chief Minister Mahmood Khan to reduce the price of a 10-kg flour bag to Rs400 within the next 24 hours, or he will do it.

Shahbaz slammed Imran Khan, claiming that his "Haqeeqi Azadi March" was a flop at gaining public sympathy. Shahbaz slammed the deposed prime minister, saying he promised the people 10 million jobs and 50 million houses, but instead he "presented" the country with the highest-ever inflation and unemployment. He further said that I’ll try my best and spend my whole life for the betterment of this country.

The prime minister said he raised the price of petroleum goods with a heavy heart but quickly offered an Rs28 billion subsidy for 80 million poor people who will receive Rs2,000 in monthly assistance.

Prime Minister Shahbaz Sharif further claims that when Imran Khan’s time was about to push away. To save his government he decreased the price of petroleum, although it was increasing all over the world.

People were benefiting from mega-development initiatives established by his elder brother and former Prime Minister Nawaz Sharif not only in Hazara but across the country, according to the PM, who traveled by road to reach Mansehra after the weather became stormy and the chopper could not fly.

If the people of the province backed him, he promised to turn Peshawar into Lahore and Khyber-Pakhtunkhwa into Punjab, led by his elder brother Nawaz Sharif. The prime minister vowed to create a free laptop program for KP students soon while encouraging citizens to deter young people from carrying Kalashnikovs.

Shahbaz Sharif claimed that the people of Balochistan had put their faith in his government and voted in significant numbers in the local government elections. The prime minister broke ground on the Mansehra-Muzaffarabad Motorway and announced the revival of the Mansehra Airport scheme, which had been scrapped by the previous PTI government, as well as plans for a medical college, a women's university, natural gas supply to Balakot and other parts of the district, and electricity and road projects.

He announced the establishment of the Hazara Electric Supply Company as well as an Rs1 billion fund to address civic issues in Mansehra town.

In her remarks, Maryam Nawaz, the PMLN senior vice-president, called PTI Chairman Imran Khan a great liar. She also passed some furious comments that he wasn’t cooperating with the nation and people were afraid of him but not anymore as he’s hiding out of fear in Khyber Pakhtunkhwa.

In reality, this cowardly man is hiding in Peshawar in order to avoid being apprehended. He was thrown out of the Prime Minister's House, but he had already departed his home in Bani Gala, according to the PMLN leader.

Imran Khan's entire narrative, according to Maryam Nawaz, is a hoax. She congratulated the people of KP for rejecting his "Haqeeqi Azadi March" with a resounding "absolutely not."

She chastised the former prime minister for his domestic and foreign policies while praising her father, Nawaz Sharif, for his patriotism.

Imran Khan was allegedly using the KP government's helicopter and other resources to destabilize the democratic government through the Haqeeqi Azadi March, according to Maryam Nawaz.

"Your government's financial and other resources are being squandered on such a failed march," she added, adding that a revolution could not be achieved through such safe rides. She added that Imran Khan, who has always claimed to be the last man standing, requested an NRO by contacting Pakistan People’s Party Co-Chairman Asif Ali Zardari, then his father Nawaz Sharif, and finally the Supreme Court through intermediaries.

She claimed Khan promised the people a sit-in, but that when the march arrived in Islamabad, he "made a break for it" by canceling it.