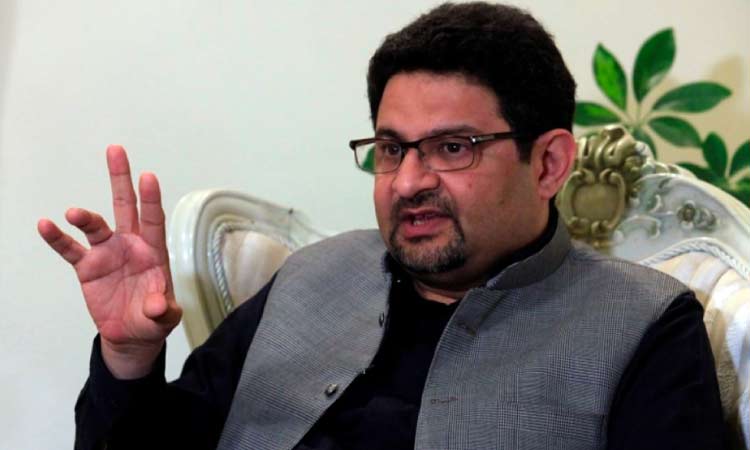 Miftah Predicts that Everything Will Return to Normal

The rupee continued to fall without a break against the US dollar and surpassed the 226 mark on Wednesday. Finance Minister Miftah Ismail stated that the situation is likely to move toward normality following improvement in the political environment over the next few days.

At a press conference in Islamabad, Miftah Ismail said the dollar gained against other currencies of the world too. He also said that the recent drop in the rupee in relation to the dollar was because of the political turmoil in Pakistan, Radio Pakistan reported.

He said that there have been decreased imports over this time, and added that this has created equilibrium between imports and exports and the remittances.

The minister highlighted his country's trade deficit stood at $48 billion, and it was estimated that the current account deficit was at $17 billion during the current fiscal year. He said that the country can't afford it.

He confirmed that an agreement had been reached by an agreement with the International Monetary Fund (IMF) and he has stated it is the intention of Pakistan's government to follow the agreement. The World Bank and the Asian Development Bank have also opened their funding for Pakistan as a result of the agreement.

He also said that some countries have also pledged to assist Pakistan in addressing its funding deficit. In describing his assistance to Pakistan, he stated that one of the countries has committed to supply oil worth $1.2bn in deferred payments. Another has expressed an interest in investing in stocks on the Pakistan stock market, while another has expressed an interest in providing fuel in the amount of $2.4bn to Pakistan with deferred payment.

Miftah stated that one of the countries with whom she is friendly will fund $2 billion with the State Bank of Pakistan whilst another will offer the equivalent of two billion SDRs.

The Finance Minister said we are also looking to sell Balloki as well as Haveli Bahadur Shah Power Plants.

The economy is moving in the right direction He also said there is a significant improvement in tax collections.

"We will increase the tax-to-GDP ratio and decrease the deficit of the budget in the fiscal year that is currently in session," said the finance minister.

He is optimistic that inflation would also be addressed over the coming two or three months.