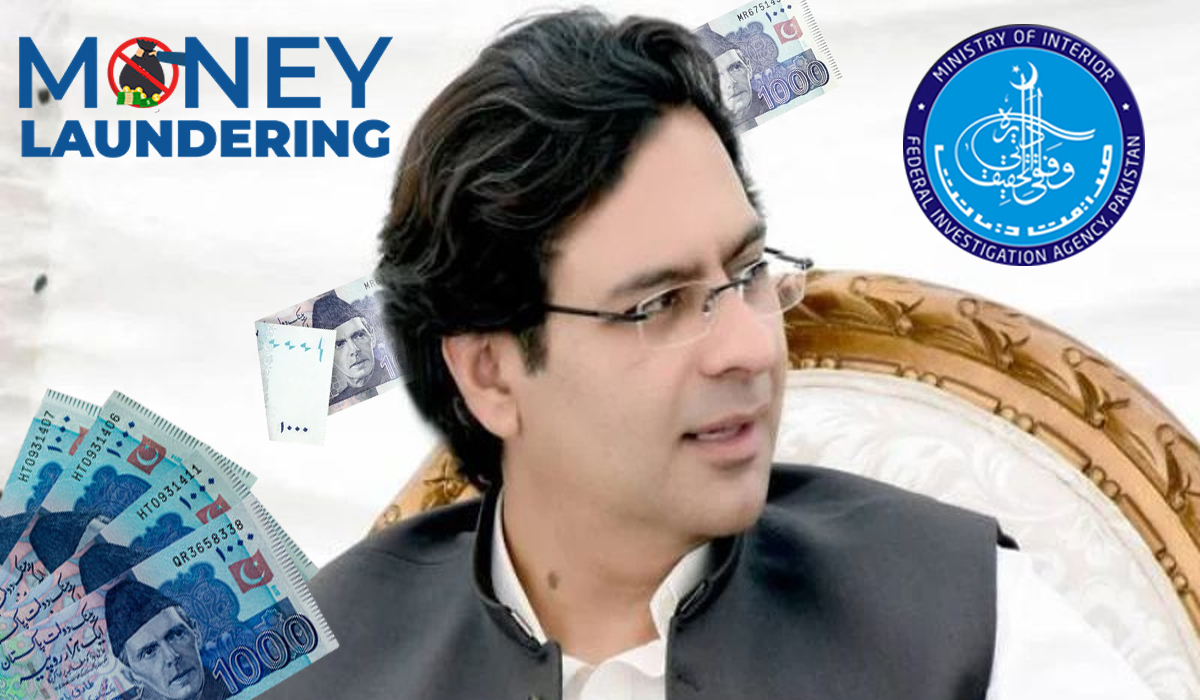 A series of media stories stated that the Federal Investigation Agency (FIA) has decided. To start a money-laundering probe into Moonis Elahi. A PML-Q leader and former federal minister, has named it a "pressure technique" by Moonis Elahi.

According to a news report

In a report on Sunday, many TV channels stated that the FIA had collected "enough evidence". To case against Moonis Elahi regarding money-laundering. But this could not be independently verified immediately by the FIA or even the PML-N leadership.

Mr. Elahi took a screenshot of the TV report and captioned it after. "Bismillahir Rahman Arraheem," implies that he is already well prepared to face any investigation. "this pressure of PML(N) will never stop me and push my steps back. Support for former Prime Minister Imran Khan," the PML-Q leader claimed in another tweet. The PML-N is angry about how it can force me to change my mind about the former premier and PTI chairman Imran Khan." Moonis Elahi told Dawn that the PML-N has a "history of filing bogus and spurious cases" against him and his family.

Trying to pose him as a victim

He noted that any such case would be politically motivated and intended to victimize him. As he cleared that he has a full record of all his business dealings and that no work is complete without proper paperwork earlier.

Mr. Elahi claimed he had received a message telling him he could make atonement by returning. They are giving him pressure. Because he refused to go against Imran Khan and continues to support him. In the run-up to the budget session, he accused the Punjab administration of putting pressure on its opponents.

In response to an inquiry, he subsequently said he was unaware of the FIA's charges, but that "fake lawsuits against my family" were nothing new. "I'm not afraid to stand firm in my convictions.”

The game is to blame

The blame game meanwhile between the PML-Q (Elahi faction) and the PML-N has gained momentum. After Mr. Elahi chose to support ousted Prime Minister Imran Khan.

Moonis Elahi, a member of Imran Khan's cabinet, allegedly prevented a compromise between the PML-Q and the PML(N). Because he wanted his family to back Imran Khan, according to Federal Interior Minister Rana Sanaullah.

The PML-Q president's son, Salik Hussain, was then appointed to the cabinet by the Shehbaz government.