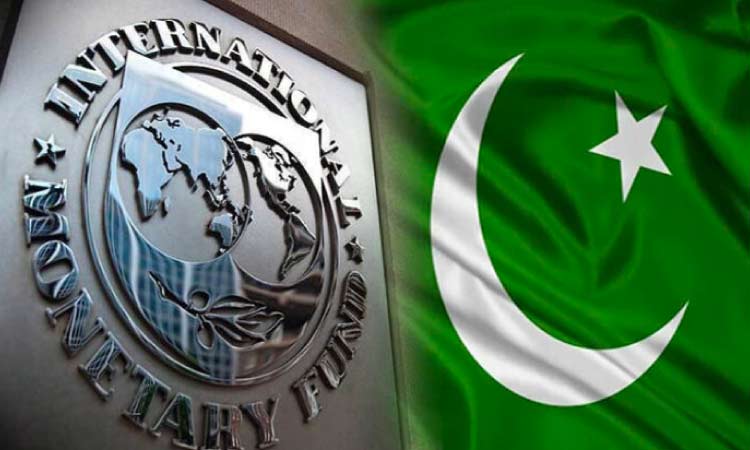 Pakistan and the IMF Come to a Staff Level Agreement

Pakistan along with Pakistan and the International Monetary Fund (IMF) have signed a staff-level deal to conclude the 7th and 8th review for Pakistan's Extended Fund Facility (EFF) which will be expanded to $7 billion.

An IMF team, headed by Nathan Porter, has finalized discussions on the seventh and eighth reviews of Pakistan's economic plan which is supported through the IMF Extended Fund Facility (EFF).

The agreement has to be approved by IMF's Executive Board, according to the statement released by the IMF on Thursday.

The IMF statement says: "Subject to Board approval, about $1,177 million (SDR 894 million) will become available, bringing total disbursements under the program to about $4.2 billion. Additionally, in order to support program implementation and meet the higher financing needs in FY23, as well as catalyze additional financing, the IMF Board will consider an extension of the EFF until end-June 2023 and an augmentation of access by SDR 720 million that will bring the total access under the EFF to about US$7 billion."

"Pakistan is at an extremely difficult economic crossroads. A challenging external environment with procyclical domestic policy pushed domestic demand to levels that were unsustainable. This caused massive deficits in the external and fiscal markets in FY22, which contributed to rising inflation and reduced reserves buffers."

The document stated that in order for stabilizing the country and bringing the policy actions to conformity with the IMF-backed program, while also protecting the weak.

The IMF declared that the constant application of the policies outlined that underpin the SLA for the seventh and eighth reviews will aid in creating the conditions to ensure sustainable and inclusive growth. However, the authorities must be ready to implement any additional measures needed to meet the program's goals, given the increasing anxiety in the world financial and economic markets.

The IMF team acknowledges the Pakistani officials, the private sector, and partners in the development sector for their productive discussions and collaboration during the talks, the statement added.