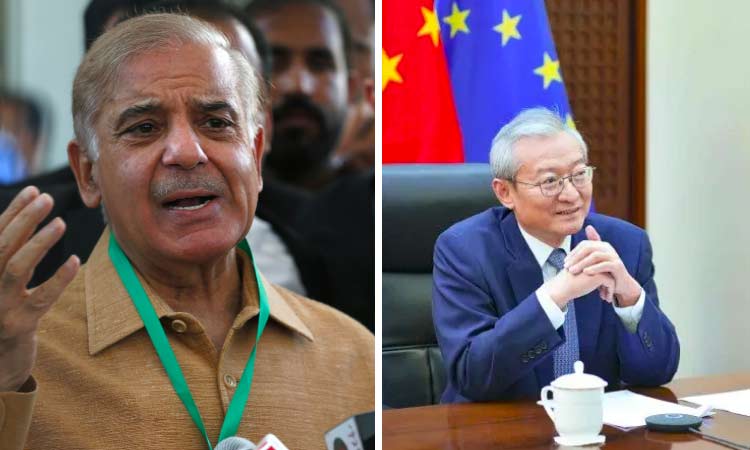 Prime Minister Shehbaz Sharif was in Beijing on Sunday to meet the Shanghai Cooperation Organization's (SCO) Secretary-General Ambassador Zhang Ming, who -together as officials at the SCO Secretariat in Beijing, China - is currently on a trip to invite the Prime Minister to attend the annual summit that will take place in Uzbekistan on September 15-16 of this year.

In a post on Twitter, the prime minister shared that during the meeting, he repeated Pakistan's belief in its principles of SCO as well as its Shanghai spirit. The premier praised the role of the SCO in promoting international cooperation and solidarity in the face of global challenges, including the rise in prices for fuel and food.

As a result of Pakistan's promise to cooperate with SCO member nations PM Shah said that the government is ready to promote the development of cooperation in the areas of economics and trade connectivity and communication agriculture and energy Climate change, as well as technological information," he said, noting that there is a huge potential for trade within the SCO.

Ambassador Ming is currently in Pakistan for a visit of four days. Pakistan along with his SCO delegation. During his time in the capital city of the federal government where he held discussions with ministers of foreign affairs, the ministers of commerce the information and technology sector, as well as climate change and maritime issues. Secretary-general of the SCO SCO secretary-general also gave a speech at the Institute of Strategic Studies Islamabad (ISSI) and met with entrepreneurs and business leaders.

"The trip of SCO Secretary-General provides an occasion for Pakistan to interact in dialogue with SCO Secretariat while outlining its priorities and perspective in order to make SCO structures more efficient in advancing common regional goals for economic and security," a statement released by the Foreign Office read. It further stated that the "SCO is an excellent opportunity for Pakistan to further enhance its long-standing, historic and deeply rooted relationships with the other members and encourage economic and social cooperation to benefit both across a variety of regions."