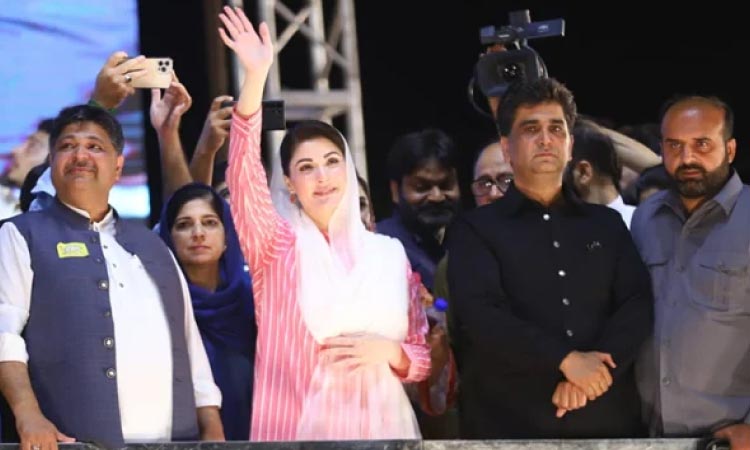 During a jalsa in constituency PP-202, the PML-N leader stated that PM Shehbaz had never suggested what should be done to address rising inflation, unlike former prime minister Imran Khan.

Trust Nawaz Sharif, the party supremo, and PM Shehbaz for relief. She said that the coalition government would take Pakistan out of the mess the PTI government had made and that they [PMLN] would solve major problems like inflation and load shedding.

Maryam informed the citizens of Chichawatni about Khan's bankruptcy bringing Pakistan to its knees. "The coalition government made all the difficult decisions that burdened the masses because of Khan's wrongdoings," Maryam said. She also stated that PML-N didn't hide the fact that there was rising inflation and they stand by the nation.

Maryam stated as supporters shouted pro-PMLN slogans. "The people in Chichawatni have demonstrated that they reject Khan."

He said that he knows that the PTI chairman has lost support from the people of the province. She added, "He will face rejection on July 17."

She claimed that the Prime Minister's House was used to blackmail. "Khan, who claims to have reduced corruption, actually created it. Bushra Bibi introduced a corruption model, and Farah Gogi looted all of the provinces," said PM Shehbaz.

"Khan's corruption plots were disclosed, but the former premier is skimming away from appearing before people's courts," she said to PML-N supporters at the jalsa ground.

Maryam also highlighted the fact that, instead of shining light on his performance over the past four years, "fitna [Imran] Khan" is throwing abuses at the government leaders and using inappropriate language toward women.

She added, "Why don’t you tell the people about any of your public welfare programs?"