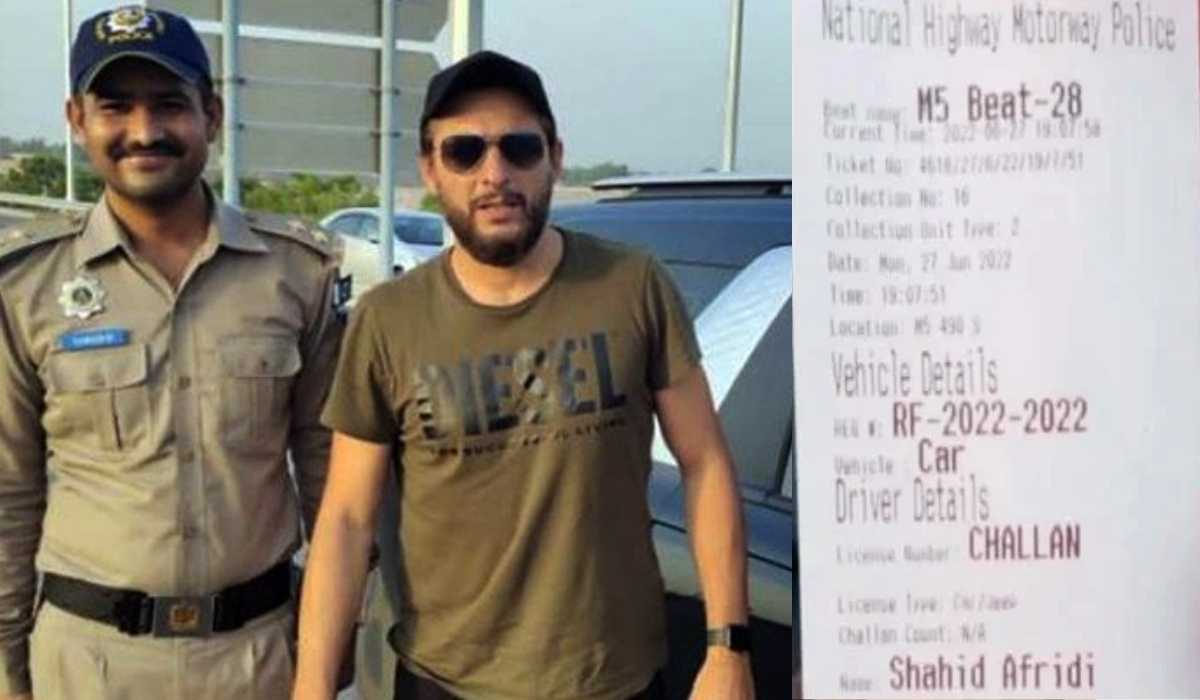 Shahid Afridi Got Fined for Speeding on the Motorway

News is circulating over the internet. Former Pakistani cricketer Shahid Afridi, also known as Boom Boom Afridi, got fined for overspeeding on a motorway. While he was traveling from Lahore to Karachi. Also, he obeyed the traffic police officers and paid the challan on the spot. He praised the police officers for not favoring him and paid the challan of Rs 1500. Because he thinks that law is equal for everyone and we should obey the rules of traffic.

As Shahid Afridi is a sports celebrity so he later tweeted over the internet that law is equal for everyone. He also took selfies with police officers and praised them for being polite and fulfilling their duties well. You can notice that even after retirement. Shahid Afridi has participated in different discussion panels. You can also notice him very active on social media.

Going Through His Career History

Afridi has played several matches against different teams and made his name on the Pakistan cricket team. He started his career by playing first time in 1996 against Kenya in which he played well. If we talk about his last international match, he played the last match against West Indies in 2018. In 2009 he gave his services well by becoming a role model in the Pakistan T20 match.

Scores Made by Him

Shahid Afridi was a right-handed batter. He played 27 test matches in total and scored 1716 runs. The veteran player was well in white-ball format and gave amazing performances in ODIs matches. In 98 ODIs he scored 8-64 runs and that’s a huge number. Besides that during his amazing career, he took 48 wickets in tests and also 395 in ODIs. In T20s he also makes a good number of wickets including 98 in T20s.

Reason for His Popularity

One cannot deny the fact, that he scored well throughout his career but what makes him popular even at the start of his career. It's his fastest ODI century against Sri Lanka, which was his second appearance in his career in 1996. This history of fastest ODI remained popular among people for 17 long years. After 17 years of this record, Corey Anderson broke the record in January 2014 who is a batsman from New Zealand.

Even after retiring, he is still active in several activities of cricket. He has also represented different clubs and franchises of cricket. As recently seen in FIFA ceremony also.