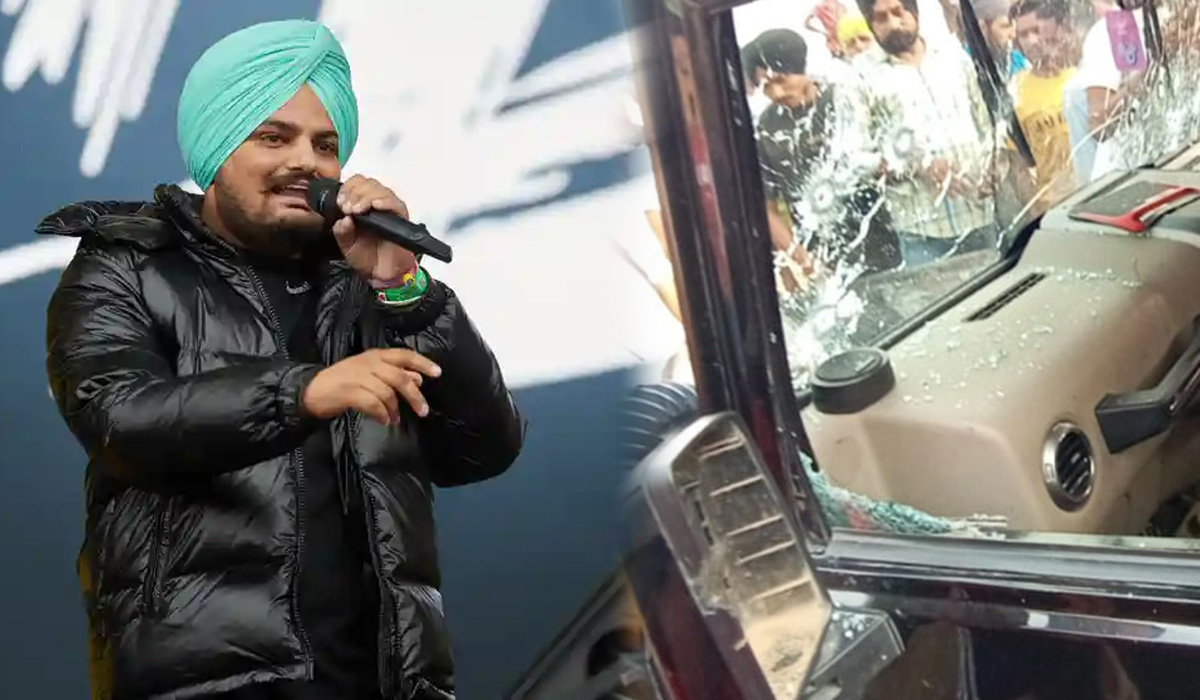 The incident occurred a day after Punjab revoked Sidhu Moose Wala's security cover as part of the Bhagwant Mann government's effort to combat VIP culture. On Sunday, Congress politician and Punjabi artist, Sidhu Moose Wala was shot and killed in Mansa district. This incident has caused injuries to two other persons also. The tragedy occurred a day after Punjab withdrew 424 people's security, including Moose Wala. Because of the Bhagwant Mann government whose efforts were to remove this VIP culture and security for every other individual was removed.

When Moose Wala and two of his buddies were traveling to the village of Jawahar Ke in a jeep, they were attacked. Sidhu Moose Wala was found sprawled in his SUV and bled badly because of gunfire that was opened on his car. He was immediately rushed to the hospital but of no use, because due to massive injuries he was declared dead.

This attack is considered that it was due to a gang fight in which Sidhu Moose Wala was included according to the perpetrator. According to police an individual from Canada has taken the responsibility for the murder and also claimed it over the internet.

It is said that this murder is done by the Bishnoi group. Also, one of their gang members has accepted this incident and took the responsibility for murder VK Bhawra, the Punjab DGP, said to the media. They accepted the responsibility for Moose Wala's murder and claimed that the reason for this murder was because he was included in the murder of our brother Vicky Middukhera last year.

Most of the resources claim that in return for the Middukhera murder this incident took place. Besides that Punjab Police has allotted a team for the investigation of the murderer.

The real name of Sidhu Moose Wala was Shubhdeep Singh Sidhu and in the music industry, he was renowned for his name Sidhu Moose Wala. It's because he belongs to a village named Moose Wala near Mansa. In the past few years, he has released several Punjabi songs that were big hits.

He was controversial because of his music mostly on guns and other weapons. He was charged several times due to promoting violence in his songs. Especially in the “Sanju” song. He was also arrested before because of his several images circulating on the internet in which he was found firing during AK-47during the COVID-19 pandemic.

The musician was elected to Congress in December of last year. On a Congress ticket, Sidhu Moose Wala ran for Mansa in the Punjab Assembly elections of 2022. During all this occasion he faced several difficulties and Dr. Vjiay Singla was also included in beating him.

Rahul Gandhi has also expressed his sorrows and sad feelings for his family. He further praised him regarding his work for politics and also for his work in the music industry. Congress leader was saddened by this news and shared it with the media.

He further said why his security was under revoke and why he wasn’t secured on time. Government must answer this. Also, the leader of the Aam Admi Party has asked everyone to stay calm and claimed that no one will be spared. Punjab Chief Minister Bhagwat Mann also took notice of the incident and said whoever is responding to this decision and whoever is involved will get punished.

Mr. Mann has also shared his sorrow and grief and declared that now will get spared, my heart is full of sorrows and grieves. Everyone is advised to remain calm while Punjab Police will make an investigation of the incident and justice will be served.