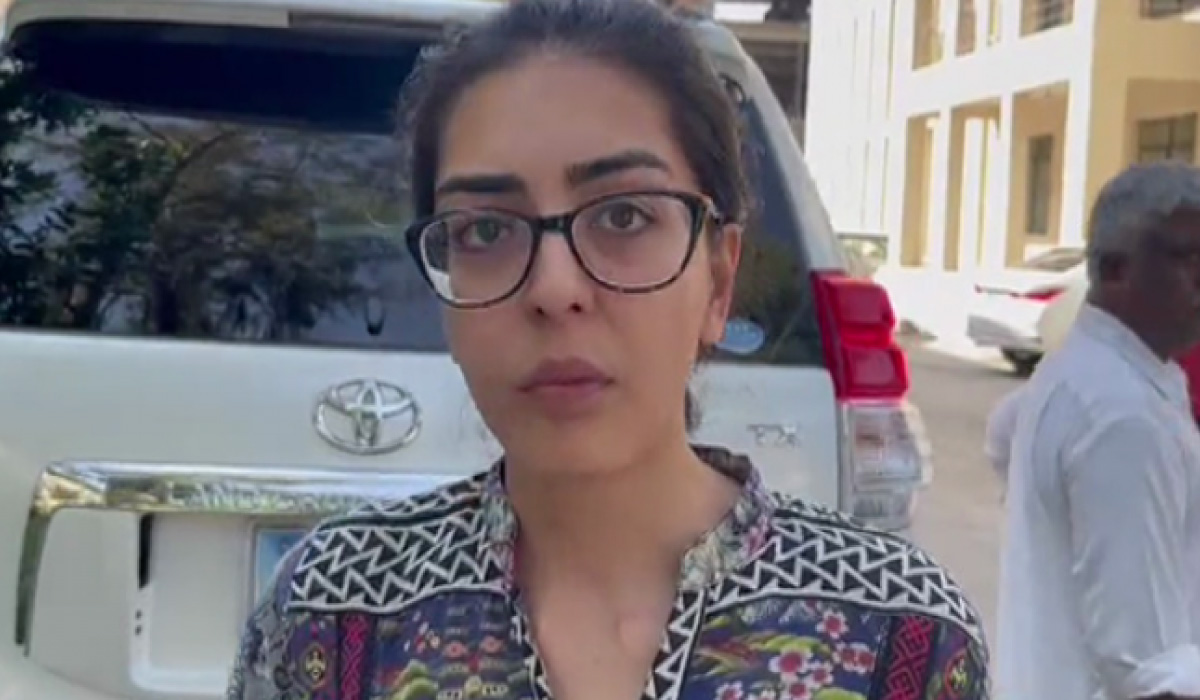 The Army has Filed a Complaint Against Shireen Mazari's Daughter

The IHC has granted Imaan pre-arrest release in the matter of 'defaming' the army.

ISLAMABAD: Imaan Mazari, Shireen Mazari's daughter, has been charged by the Pakistan Army with "abusing and defaming" the army and Chief of Army Staff General Qamar Javed Bajwa.

The Islamabad High Court, on the other hand, granted Imaan pre-arrest release till June 9 in the case on Friday.

On May 26, Lt Colonel Syed Humayun Iftikhar of the Judge Advocate General's Office, GHQ, filed an FIR against Imaan at the capital's Ramna police station (Thursday).

Imaan has been charged under the Pakistan Penal Code's sections 505 (inciting citizens against the armed services) and 138 (abetting an act of insubordination by a soldier).

Whoever knowingly commits what he perceives as an act of subordination by an officer or soldier, sailor or airman of or in the Army, Navy, or Air Force of Pakistan shall in the event that such subordination is committed because of the abetment, be punished by or without up to six months or with a fine or both as per Section 138.

Mazari made a "derogatory and hostile [sic] comment on May 21" against the Pakistan Army and its commander, Gen Qamar, according to the application.

Mazari is also accused of defaming top military officers with "statements made to instigate and promote disturbance and instability in the Pakistan Army," which is a "punishable offense," according to the complaint.

"The statement she gave to the military can make the image of the army and its leadership bad. " the application states. Mazari was charged with a crime against the state, according to the application.

After the Punjab government distanced itself from Shireen Mazari's confinement, her daughter Imaan accused Gen Qamar and the army of being behind her mother's detention.

Imaan's lawyer later contested the FIR, claiming that her client was being made a "victim of ulterior motivations and highhandedness of the complainant and others, who are highly important."

The petition claims that the FIR is "ill-founded" and that the allegations are "absurd." Imaan was given pre-arrest bail for two weeks after the court accepted her plea.

The IHC CJ noted in a written ruling later that day that notices were being sent to the state and the complainant, Imaan, for June 9.

In a written order, it is directed to Imaan that she should cooperate with the investigation and make sure her presence on the date that is fixed for by the court. This would be helpful both for the court and her.

The trial of the justice system began after the military used legal procedures, according to the Inter-Services Public Relations (ISPR). "The Pakistani army is prohibited to do anything wrong and that is applied by law and constitution. Will Pakistan's media and civil society raise their voices in support of justice like they have in the past?"

ISPR has declared that now the military will look after this case and to give justice we’ll look out for every detail.

The military's media wing asserted that obtaining justice will establish a tradition of the institution knocking on the door of the law in every case.

“It's a difficult time for the country to allow the judiciary system to make the right decision according to its power. There is no reason to be a woman or not be innocent.” The Constitution's laws must be utilized to safeguard the army, it said.