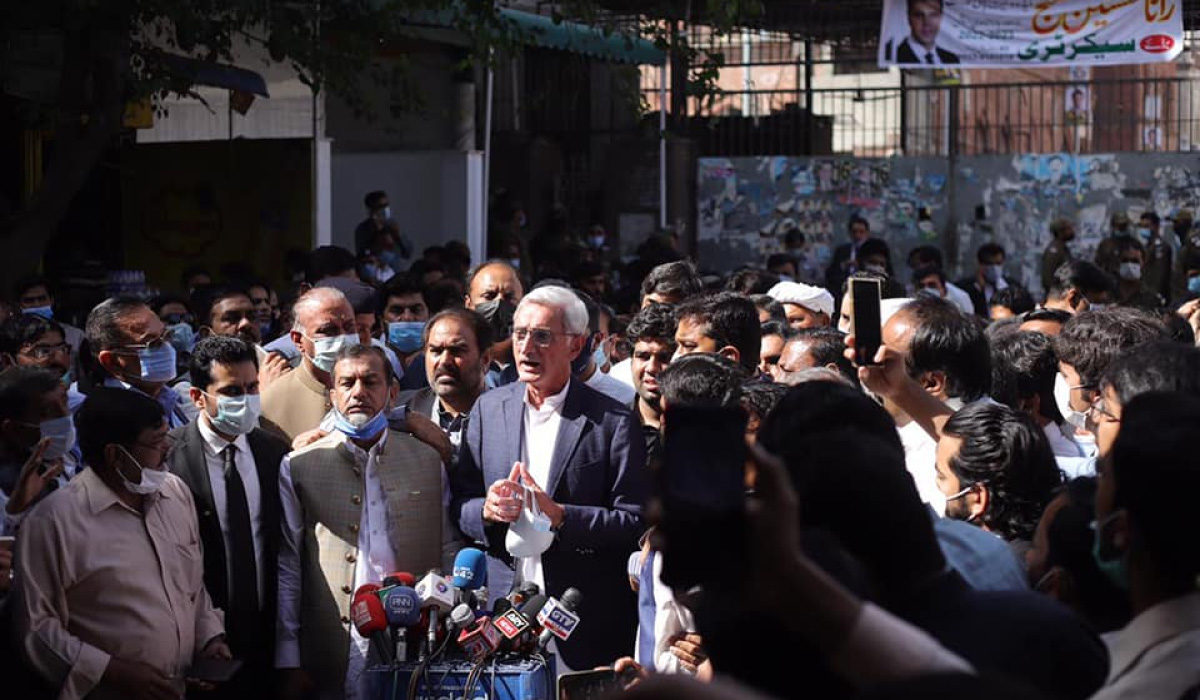 Members of the JKT meet with CM Hamza to discuss legal details to save the country's political destiny.

Lahore: Punjab Chief Minister Hamza Shahbaz and the Jahangir Khan Tareen group resolved to appeal the Election Commission of Pakistan's decision to de-seat 25 Pakistan Tehreek-e-Insaaf members who defected in the CM's election to the Supreme Court.

According to party sources, the decision to go to the Supreme Court was made after a meeting between Punjab CM Hamza and the PTI's blue wing members. Former Punjab Assembly members who were de-notified by the ECP earlier this month were also present. They presented their thoughts on which basic purpose was to remove those 25 members from politics. Elect them and make them ineligible for politics in the future.

According to the sources, the two sides discussed strategies to tap into legal nuts and bolts to save the disqualified MPs' political futures, particularly the observations made by the CJP during the presidential reference hearings on the interpretation of Article 63-A. Both the parties presented their views to save their side of the party.

The de-seated MPAs of Jahangir Tareen, who were disgruntled by the ECP's judgment, said that the electoral watchdog's decision was arbitrary, pointing out that the Supreme Court had taken an opposite stance on the issue. They were not ready to accept that decision and gave their views against it.