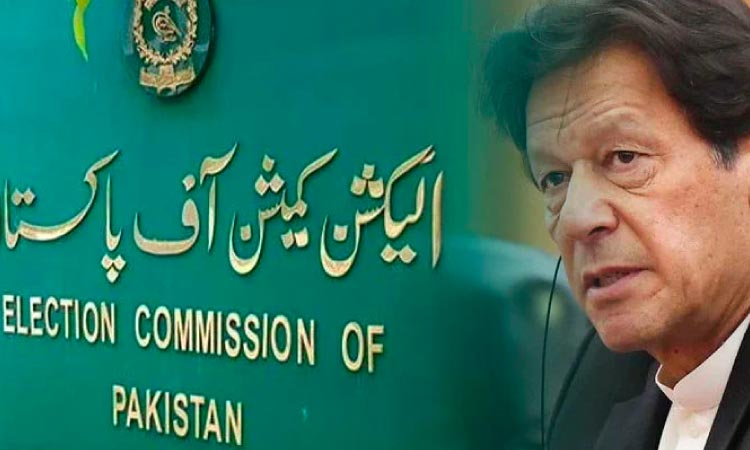 The Financial Times (FT) has discovered in an inquiry the fact that Abraaj creator Arif Naqvi's Cayman Islands-based business Wootton Cricket Ltd was used to finance Pakistan Tehreek-e-Insaf (PTI) after receiving funds from both companies and individuals. This included at minimum PS2mn during April 2013, from a prominent Arab person.

The FT stated in its report that "Pakistan forbids foreign nationals and companies from funding political parties, but Abraaj emails and internal documents seen by the Financial Times, including a bank statement covering the period between February 28 and May 30 2013 for a Wootton Cricket account in the UAE, show that both companies and foreign nationals, as well as citizens of Pakistan, sent millions of dollars to Wootton Cricket -- before money was transferred from the account to Pakistan for the PTI."

The Election Commission of Pakistan has been looking into the sources of funding for the PTI for over seven years. On January 1, the commission's scrutinization committee released a defaming report in which it claimed that the PTI received money from foreigners and corporations as well as accused the party of not reporting the funds and concealing numerous bank accounts. Wootton Cricket was mentioned within the document, however, Naqvi was not named as the owner of the club.

The FT stated in its report of journalist Simon Clark that PTI's foreign funding case had been in the making for a long time and Pakistani authorities knew that Arif Naqvi had financed the PTI however the source of the funds was revealed for the first time.

The report stated: "Wootton Cricket's bank statement indicates that it was paid $1.3mn on the 14th of March, 2013 at the request of Abraaj Investment Management Limited. the fund management division from Naqvi's private equity company and boosting the account's total of $5.431. On the following date, $1.3mn had been transferred directly from the bank account into an account at PTI Bank account located in Pakistan. Abraaj charged the amount to a holding company that was a part of K-Electric the power company to Karachi the country's biggest city. The money was also transferred to Wootton Cricket's Wootton Cricket account on April 13, 2013, by a UAE person, as per the bank's statements and the Swift transfer information.

"Naqvi then sent emails to a colleague regarding the transfer of $1.2mn plus to PTI. After six days, the money was deposited into the Wootton Cricket bank account, Naqvi transferred $1.2mn from the account into Pakistan in two installments. Rafique Lakhani who is the senior Abraaj executive in charge of managing cash flow stated via email to Naqvi that the transfer was meant to be used by PTI. PTI," the FT report revealed.

It was reported that the PTI received foreign funds prior to 2013, were general elections, when Imran Khan was in need of funds the most.

"It was an important moment for Khan to raise money ahead of the elections scheduled to take place in May 2013. Naqvi was in close contact together with Pakistani businessmen to raise funds to support his campaign. The most significant transaction on Wootton Cricket's account prior to the election was $2 million from the UAE figure."Screengrab from Imran Khan 2012 playing bowling in The Wootton T20 Cricket Cup event at Arif Naqvi's residence in Oxfordshire. Courtesy Financial Times

After Lakhani who is the Abraaj executive in charge of cash flow, informed Naqvi via email that the UAE sheikh's money was in the bank, Naqvi replied that he must send "1.2 million to PTI".

In the FT In a separate email sent to Lakhani following the time that the money of Sheikh came into through the Wootton Cricket account, Naqvi said: "do not tell anyone where funds are coming from, ie who is contributing".

He stated that he would make a transfer of $1.2mn in funds from Wootton Cricket's bank account to PTI's in Pakistan. After mulling the possibility of sending the money to PTI through Naqvi's personal bank account, Lakhani suggested that he transfer the funds in two installments to a private account owned by professional Tariq Shafi of Karachi as well as an account of an entity known as The Insaf Trust in Lahore.

The ownership of the Insaf Trust is unclear, the emails indicate that the ultimate destination was PTI according to the FT.

"Don't eff this up Rafiq," Naqvi wrote in a different email.

On May 6, 2013, Wootton Cricket transferred a total of $1.2mn to Shafi and the Insaf Trust. Lakhani sent the email addressed to Naqvi the funds were transferred to the PTI as the FT stated in its investigation report.

In response to a question that was asked to a UK magazine, PTI Chairman Imran Khan In written responses, Imran Khan stated that he'd visited Arif Naqvi's Wooton Place for "a fundraising event which was attended by many PTI supporters".

Imran Khan confirmed that Tariq Shafi had donated to the PTI.

"It is for Tariq Shafi to answer as to from where he received this money," Khan stated to that to the FT. Shafi did not respond to inquiries for comment.

The PTI chairman said to The FT it was not him or the party who knew about Abraaj providing $1.3mn through Wootton Cricket. He also claimed that the PTI wasn't "not aware" of the PTI receiving any money which came from the UAE persona.

"Arif Naqvi has given a statement which was filed before the Election Commission also, not denied by anyone, that the money came from donations during a cricket match and the money as collected by him was sent through his company Wootton Cricket," Imran Khan wrote.

The newspaper reported that he was awaiting the outcome of the investigation by the election commission. "It will not be appropriate to prejudge PTI," the former prime minister said.

The FT reported that Arif Naqvi was a witness to the ECP and that he was "not collected any fund from any person of non-Pakistani origin, the company [public or private] or any other prohibited source" However, the bank statement of Wootton Cricket contradicts his claim and shows that Naqvi transferred three installments directly to PTI in 2013, adding to a total amount of $2.12mn.

"The biggest was $1.3mn from Abraaj that, according to company documents, the money was transferred over through Wootton Cricket but charged to the holding company of K-Electric.

The FT reported it was reported that Arif Naqvi Naqvi lobbied government officials that including Nawaz Sharif as well as Imran Khan to support the purchase of Karachi Electric (KE).

The report said: "In 2016, he approved a payment of $20 million to Pakistan politicians in order to win their trust, according to US public prosecutors, who later accused him of fraud, theft, and attempts to corruption. The money was said to be intended for Nawaz Sharif, his younger brother Shehbaz who succeeded Khan as the prime chief minister in April. They have denied any information about the issue. In January of 2017, Naqvi hosted a dinner for Nawaz Sharif in Davos. Following the time that Khan was elected prime of the government, Naqvi met him. During the time he was in office Khan was critical of officials who delayed sales of K-Electric however the deal has not been finalized. Abraaj went under in the year 2018 after investors, including The Gates Foundation started investigating whether the company had been misusing funds in a fund designed to build and buy healthcare facilities in Africa as well as Asia."

In the year 2019 US prosecutor's indictments included Naqvi as well as five former coworkers. The two former Abraaj executives have accepted plea bargains. Naqvi is not a party to the case. Naqvi was arrested at London's Heathrow Airport in the month of April 2019 following his return from Pakistan and is facing the possibility of up to 291 years of prison if found guilty on the US charges.

"Khan's telephone number was included on a list of contacts he handed to police -- a fact mentioned by lawyers representing the US government during Naqvi's extradition trial in London," according to the FT.

Arif Naqvi has sold the Wooton Place mansion in 2020 for PS12.25mn. The man didn't answer questions from the FT.